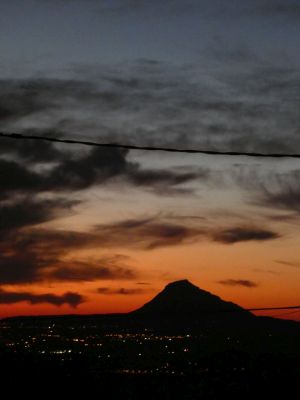 The European Commission has approved under EU State aid rules Spain’s map for granting regional aid from 1 January 2022 to 31 December 2027, within the framework of the revised Regional aid Guidelines (‚RAG‘).

The revised RAG, adopted by the Commission on 19 April 2021 and in force since 1 January 2022, enable Member States to support the least favoured European regions in catching up and to reduce disparities in terms of economic well-being, income and unemployment – cohesion objectives that are at the heart of the Union. They also provide increased possibilities for Member States to support regions facing transition or structural challenges such as depopulation, to contribute fully to the green and digital transitions.

At the same time, the revised RAG maintain strong safeguards to prevent Member States from using public money to trigger the relocation of jobs from one EU Member State to another, which is essential for fair competition in the Single Market.

Under the revised RAG, regions covering 66.29% of the population of Spain will be eligible for regional investment aid:

Once a future territorial Just Transition plan in the context of the Just Transition Fund Regulation will be in place, Spain has the possibility to notify the Commission an amendment to the regional aid map approved today, in order to apply a potential increase of the maximum aid intensity in the future Just Transition areas, as specified in the revised RAG for ‘a‘ areas.

Europe has always been characterised by significant regional disparities in terms of economic well-being, income and unemployment. Regional aid aims to support economic development in disadvantaged areas of Europe, while ensuring a level playing field between Member States.

In the RAG, the Commission sets out the conditions under which regional aid may be considered to be compatible with the internal market and establishes the criteria for identifying the areas that fulfil the conditions of Article 107(3)(a) and (c) of the Treaty on the Functioning of the European Union (‘a‘ and ‘c‘ areas respectively). Annexes to the Guidelines identify the most disadvantaged regions, so-called ‘a‘ areas, which include the outermost regions and regions whose GDP per capita is below or equal to 75% of the EU average, and the pre-defined ‘c‘ areas, representing former ‘a‘ areas and sparsely populated areas.

Member States can designate the so-called non-predefined ‘c‘ areas, up to a maximum pre-defined ‘c‘ coverage (for which figures are also available in Annexes I and II to the Guidelines) and in line with certain criteria. Member States need to notify their proposal for regional aid maps to the Commission for approval.

The non-confidential version of today’s decision will be made available under the case number SA.100859 (in the State Aid Register) on the DG Competition website. New publications of state aid decisions on the internet and in the Official Journal are listed in the Competition Weekly e-News.